The Five Best-In California, That Is...

People often ask, “What’s your favorite road?” It’s an unfair question. Here in California, we are blessed with so many great roads. That will come as a shock to most of the world, because when you mention “California” and “Roads” in the same sentence, most think “Freeways.” Especially in SoCal. So, where do you go for a nice drive? Away from the maddening crowd of Left Lane Hogging Prius Drivers? Here’s some to try (in no particular order), but don’t pass this around. I don’t want them clogged up!
1). Angeles Crest--No list would be complete with out this, the Quintessential Mountain Road. Drive it on a weekday, but be careful of commuters headed to LA from Palmdale. Past the Angeles Forest Hwy turn off, it will be free of most traffic and a serious challenge, all the way to Wrightwood. Set out early and eat breakfast at Newcomb’s Ranch. On the weekends, the Crotch Rocket Boys (and Girls) come out to play, and they play hard. Keep an eye on your mirrors and let ‘em by. Or, show them that four wide contact patches beats two skinny ones every time. At least in the skinny bits. Really be careful of the CHP! Somebody dies up there almost every month, so, especially on the weekends, they are out in force with Lasers. 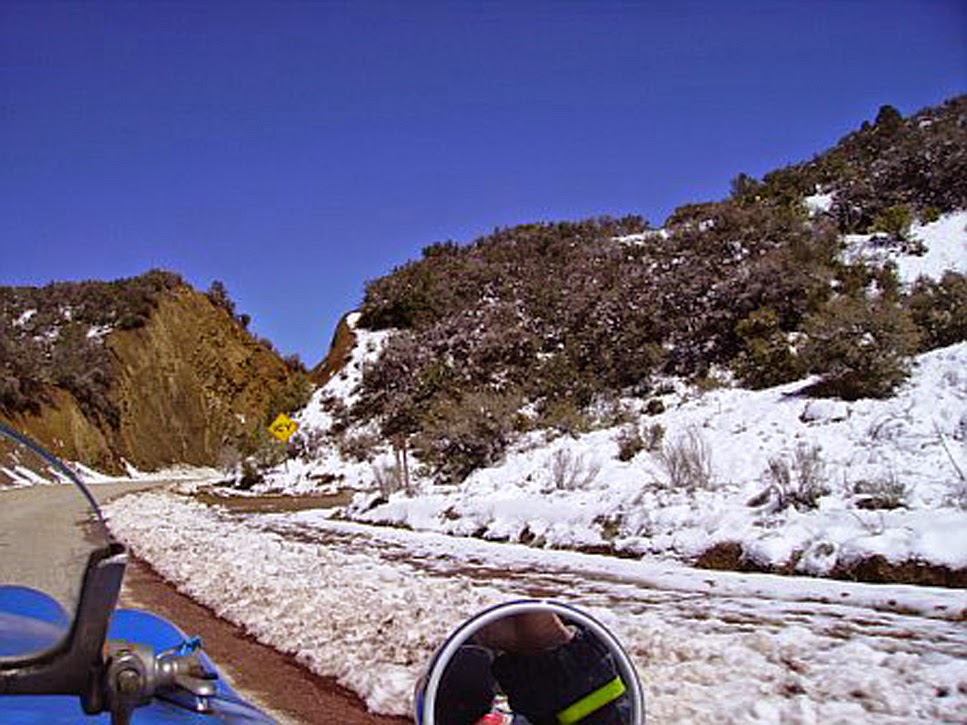 2)US 101-All of it. Well, at least from Ventura north as far as you want to go. The scenery can’t be beat. It is, after all, California’s First Highway. The El Camino Real. Yeah, there are dull parts here and there, and near cities, the traffic can be heavy, but for a blast in a fast car, nothing can beat it. It is THE Grand Turismo Road. It also has some of the best food in the state. Everything from steaks at Jocko’s in Nipomo, to clam chowder in Pismo Beach, to Garlic Everything in Gilroy, it’s a cornucopia of culinary delights. Up North, above Willits, it’s also a haven for Funky Roadside Attractions. Trees of Mystery, Drive Thru Trees, Legend of Big Foot. It’s wonderful stuff. 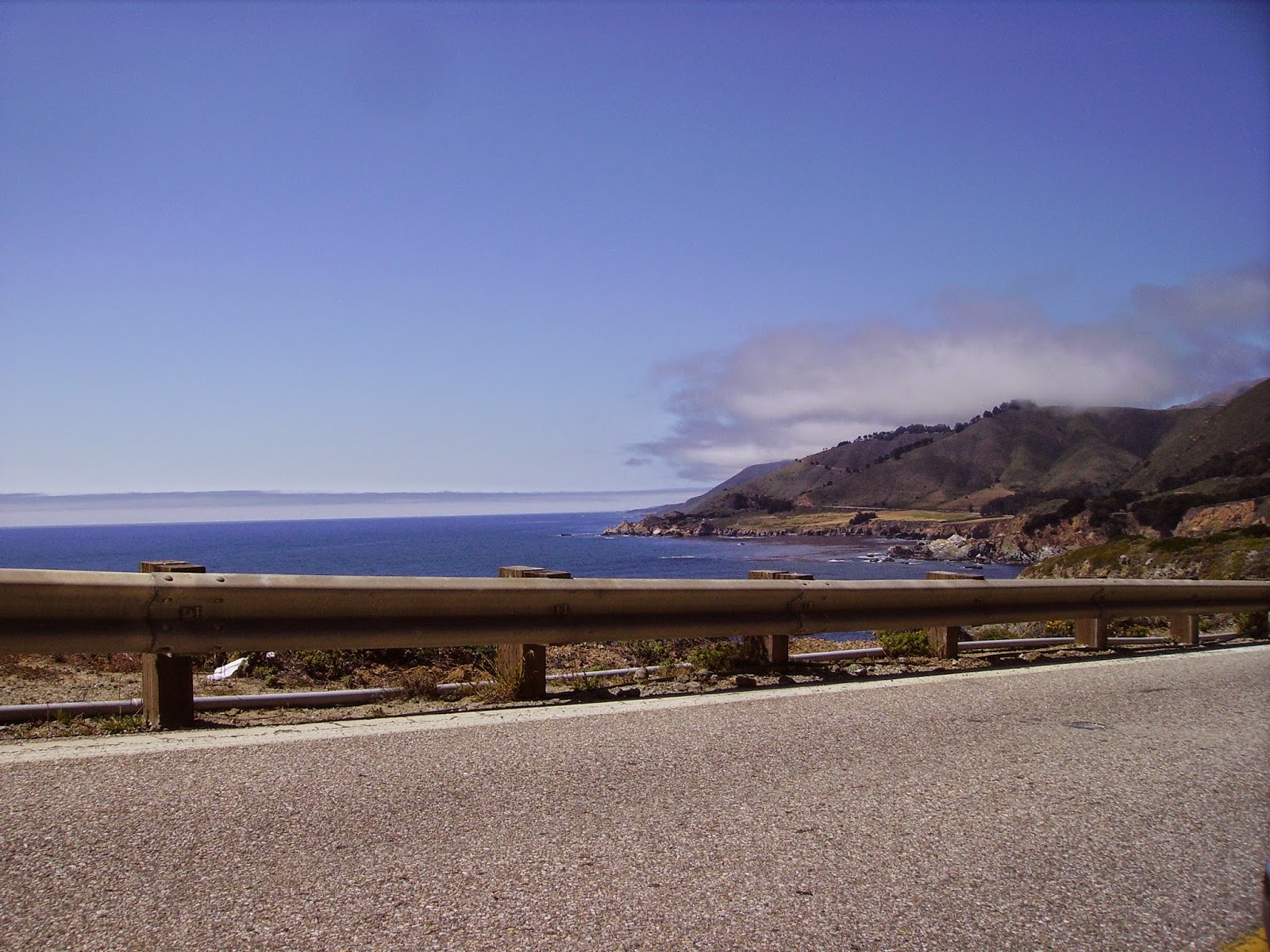 3) Hwy 1-Need I say more? It is THE Twisty Coast Route! Lonely and desolate in places, it may well be THE GREATEST ROAD EVER. Except, especially in the summer, EVERYONE KNOWS ABOUT IT. It’s a moving chicane of motorhomes, Camrys, minivans, and (yecch) Priuseseses. None of them know what a turnout is for. Most are terrified by the windy road and expect to go sailin’ right out there at any second. Hwy 1 takes a LOT of patience. By the way, it’s not just a road from Morro Bay to Monterey! Try the whole thing. It really starts off the 101 just north of the Gaviota Tunnels. That section to Lompoc is glorious and the traffic is light. The part north of Frisco is  also fantastic. 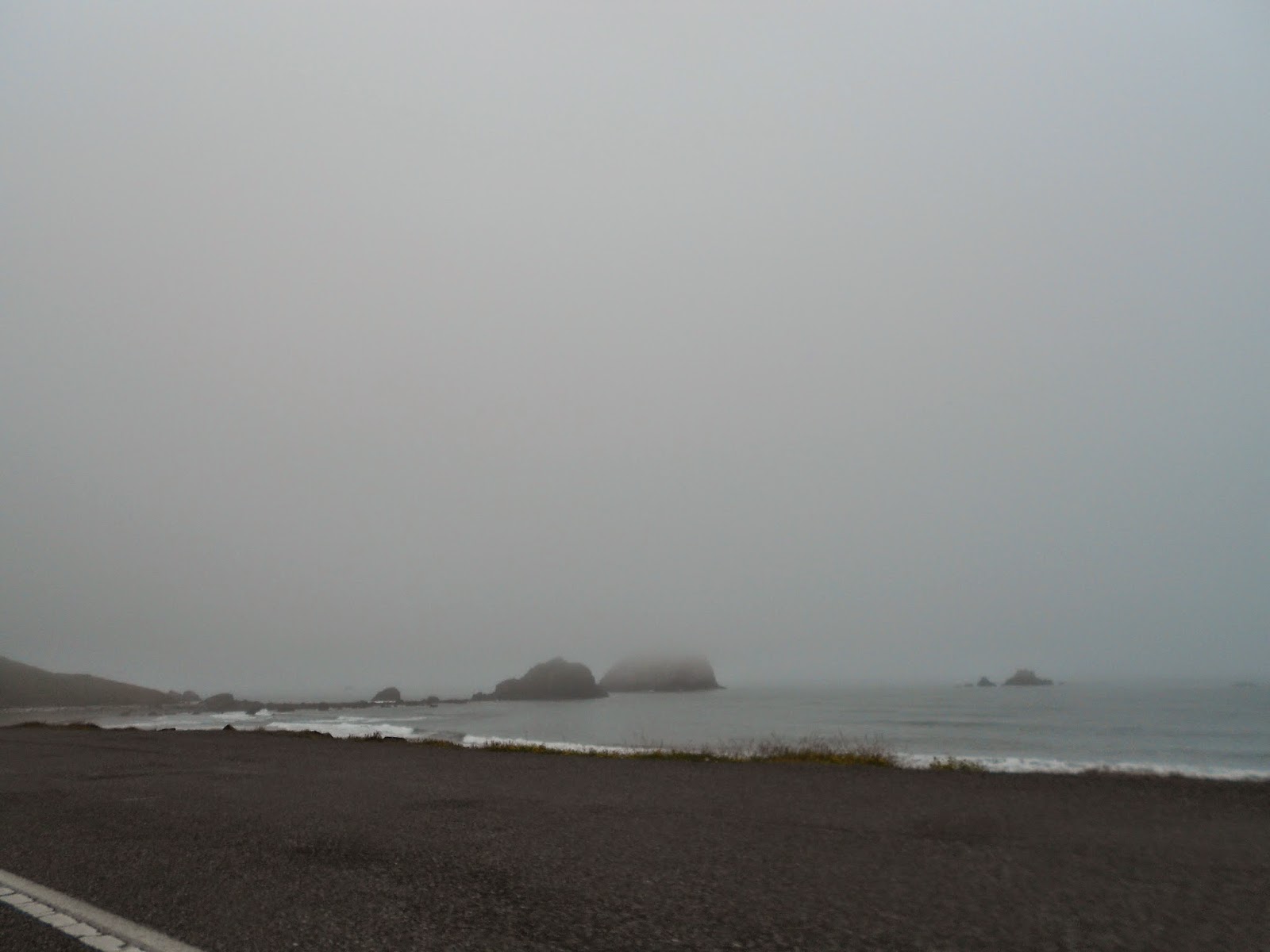 4)Just out of San Miguel, CA is a network of road that if, those morons on the now sadly defunct Top Gear could drive, especially in the spring, they would weep with joy. I suspect that they would never admit to seeing it, because it would completely ruin their carefully constructed lie that America (and California in particular) has No Decent Driving Roads. I’m talkin’ Indian Valley Rd to Peach Tree Rd, to CA Hwy 25. You’ll wind up in Hollister (of The Wild One fame) and if you can do the 102 miles in 2 hours, you are haulin’ ass. The only traffic you’ll see are ranchers’ pick ups. It is one of the few routes unspoiled by rubberneckers and road hogs. In the spring, the hills are green and covered with wildflowers (assuming it ever rains in California again). There are no towns, and if ya gotta pee, you’re gonna water a tree somewhere. Do be careful. It will take a LONG time for any help to arrive, and there is Open Range, meaning you could meet 1500 pounds of angry pot roast around any corner. 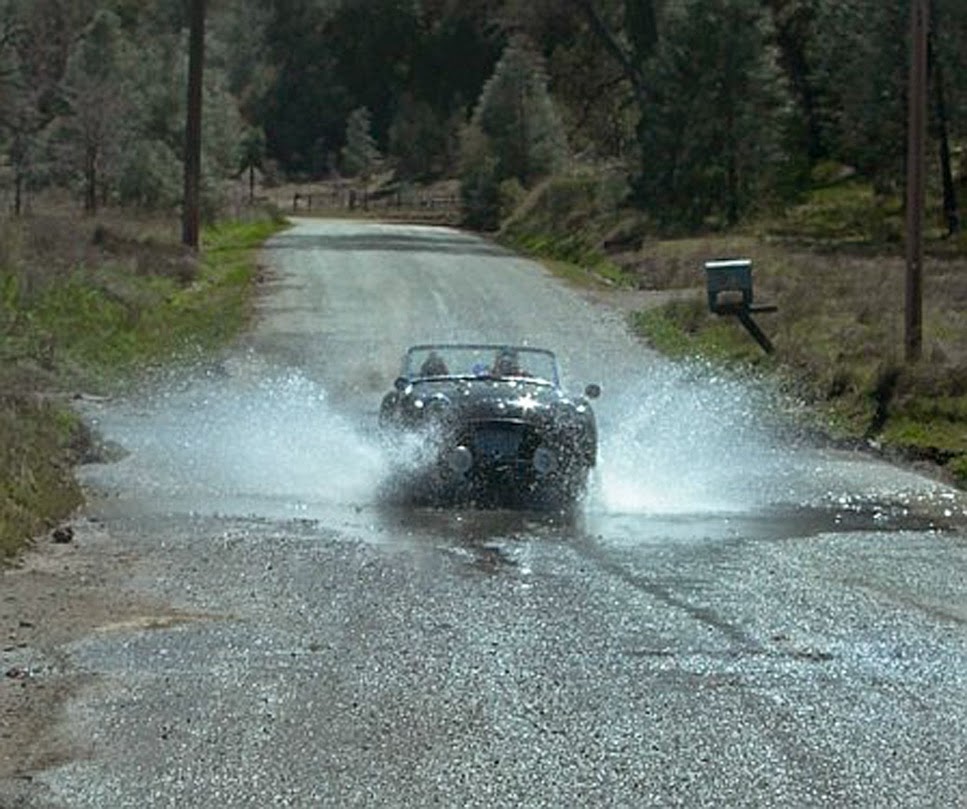 5) Hwy 49-This is the last one for this list, and a great road it is. This is The Gold Country. The southern end is in Oakhurst and the northern end is around Portola. It’s 300 miles of mountain roads that just keep on going. Much of it is well traveled, especially in the summer and the weekends. It’s doable in a day, but I’d recommend two. Or better yet, three. there’s just too much neat stuff to see! Old mining towns with funky names like Angles Camp and Hangtown, side trips to places like Yosemite and Sequoia, so much history and so much fun. It’s a challenge to see it all and make any kind of progress. 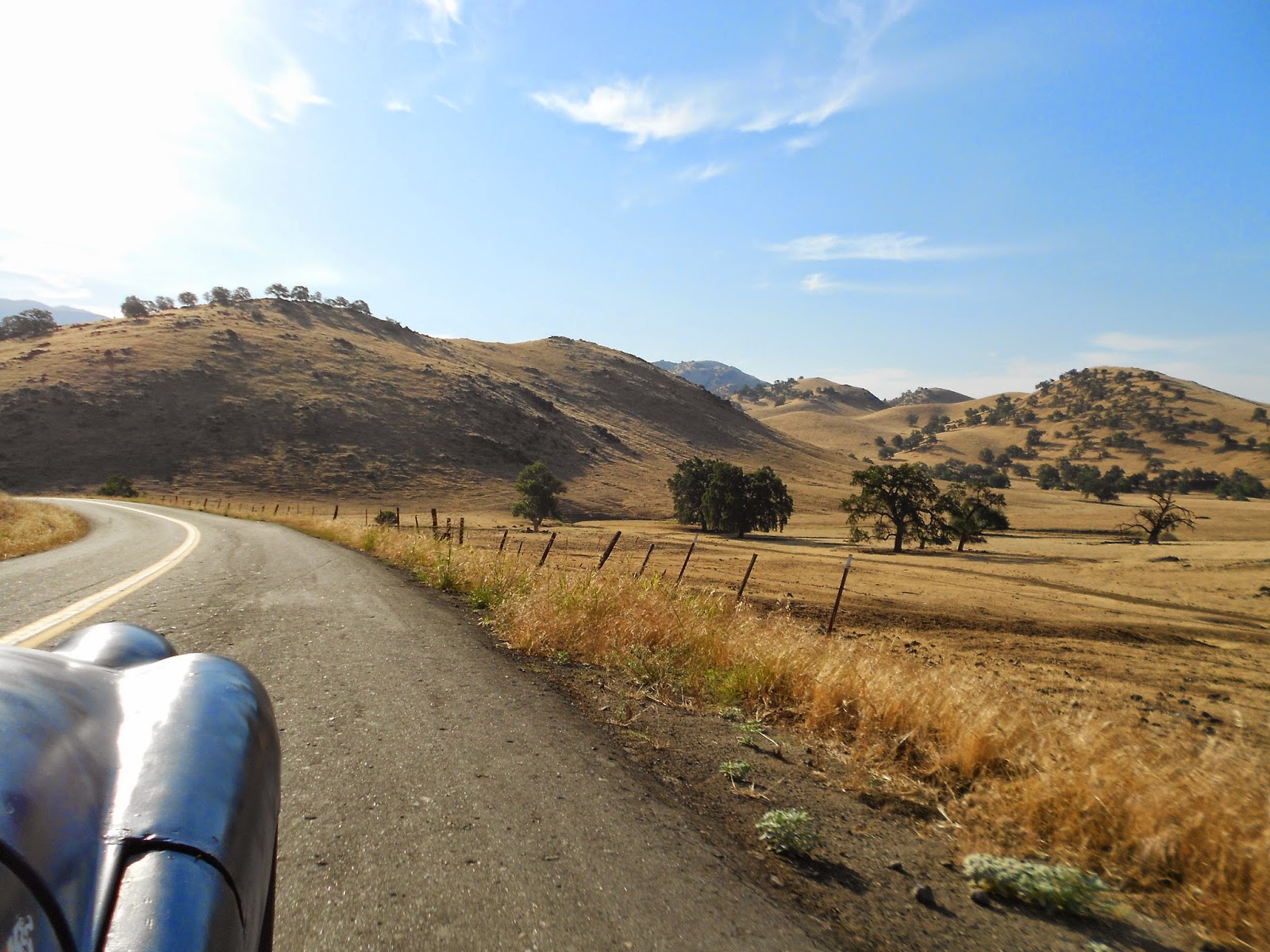 So, there you go. Plenty of stuff to plan for, plenty of places to drive, see sites, and experience the Open Road. See you up there, looming large in your mirrors.
Posted by stivmac at 7:55 AM No comments: