That is indeed the question. I could continue in the admittedly trite direction about whether it’s nobler to bear the slings and arrows  (or is that pats and gooses) of the TSA, but that would be cheap, so I won’t. I will raise the question though, since I’m faced with this dilemma.
Daughter Meaghan and I are about to head to Olympia to see my dad. Sadly, it might be for the last time. Of course, when Marianne and I went up there last summer, it easily could have been the last time. He has pulmonary fibrosis. There is no cure. He wasn’t supposed to see his birthday in July or his 64th wedding anniversary in September. So, this trip is a bonus in many ways.
It will take us two days up and two days back, no matter how you cut it. Driving the eighteen plus hours (not including stops) straight through is now high on my “Murtaugh List.” Still, fly or drive?
Economically, it’s pretty close. Almost $400 each round trip verses $700 for gas and another $200 for a motel. Add say $200 more for food, maybe. That’s $800 verses $1100. But remember, air fare isn’t all the cost. On Southwest, you don’t have to pay for a bag, but you do have to have someone schlep you to and from each airport. Twice. At less than convenient times. Ontario isn’t too bad a drive for us, but Olympia to SeaTac is a bit of a haul. The airport shuttles will add enough to make the expenses even closer. If you rent a car, forget it!
Then there’s the intangibles. Like comfort. Airlines have made it pretty much impossible for someone of my size (mostly it’s my height, but yeah, I could lose a pound or two or fifty) to fly. If I have a window seat, my head is crammed over to my shoulder. If I have an aisle seat, I keep getting bashed by the waitress and her damn cart or half the passengers that have to use the potty for a two hour flight. In addition, my knees are jammed into the back of the seat in front of me and if the SOB in front of me reclines his/her seat...then there’s the incessant noise of the engines and the airstream. If I don’t wear earplugs or an iPod (which they yell at you about if you have it in use during take off or landings-like we’re REALLY gonna survive a crash to hear their Holy Chants of Emergency Instructions) it’s down right painful. Believe it or not, the drive in the TR last summer was in many ways more comfortable. The Mustang will be palatial by comparison. In the car, I can stretch out my legs, listen to music, be as warm or as cool as I like, stop and stretch, eat a decent meal and relax. 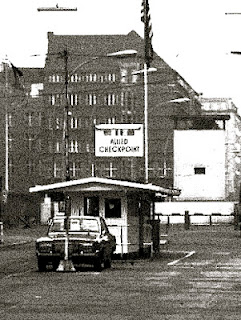 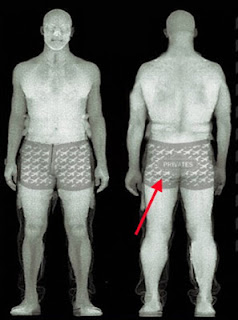 If that isn’t enough, there’s our ever friendly guardians agains terror, the TSA. Now, I don’t hate them. Too much. The fact that NO planes have been blown up or commandeered since 9/11 indicates that despite the enormity of the job, they’ve done a pretty good job in protecting us. I applaud them for that. However (isn’t there always a large “however?), the constant surveillance, the lack of common sense, the feeling of criminality, the all around intrusiveness of the entire experience is offensive and draconian. Lemme tell ya, in the early 70s, I travelled to the good ol’ USSR AND through Check Point Charlie into East Berlin. Height of the  Cold War stuff. They had guys with LOADED AK47s all around. Even had a German guard say “May I zee your papers, pliz?” That was not as de-humanizing as the TSA. Having one’s crotch grabbed, and one’s naked silhouette scanned and displayed is so far beyond the pale of what we expect in a Free Country as to be unacceptable (if I fly again, I’ll wear my kilt. Grope THAT my friend!). And we get the honor of paying extra for the privilege. And don’t dare complain. The waitresses on the planes can treat us like cattle, but if you complain too much, you’ve broken the law. Violate any of the myriad rules and you can get arrested. The assumption is that you are wrong and guilty. Somehow, that doesn’t seem “American.” The worst that happens while driving is the Highway Patrol and the Fruit Inspection. A radar detector takes care of the first, the second takes care of its self.
So, we’ll be driving. More or less the same money, more comfort, something to see out the window, good food when WE want it, and as much as we want to bring along. The opportunity to spend out money to help some small mom and pop business. Music as loud as we want, and of our choice, the ability to make cell phone calls, the ability to have an actual conversation at something other than shouting, and all of the other freedoms that driving brings. As we pass Kettleman City, I’ll wave at the next bunch of passengers waiting to board.