This is already becoming quite an adventure. The stuff I’ve learned! Oh, wait, let me back up a bit. We are planning a Mega Road Trip. Not so much when it comes to driving miles (more on that later) but clearly in terms of logistics. Back in ’06, we took a two week trip to Ireland. A dream vacation. A second honeymoon that was in a lot of ways, better than the first! That one was a whole four days. At the time, I was managing a BAP/Geon store in Long Beach and they would only give me that much time off. Hell, the buggers even had the unmitigated gall to ask (a few weeks before the wedding, mind you) if we could change the date because of store inventory!!! That was in 1980. Flash forward to 2006, and we were off for two weeks in Ireland, and the longest trip we’d ever taken alone together! Up until then, the only longish vacations involved trips with the kids to Washington to visit my folks and my sister! What’s that they say about life being what happens while you’re busy making plans?
Anyhow, while we were over there, the one thing that kept running through my mind was ‘DAMN, I wish I was driving the Blue Meanie on these roads!!! So, that’s what we’re going to do! Yep, gonna pack the Auld Crate into a container, ship it to Dublin, drive around for a month, then ship ‘er home! Crazy, ya think? 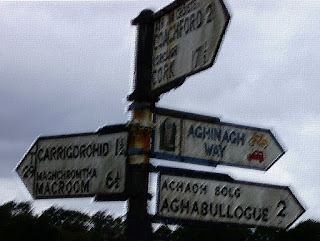 Not as much as you might think. Yasee, Ireland and the UK are NOT very big. The UK (England, Scotland, and Wales) is about the size of Idaho. Ireland is about the size of Indiana. That’s it. No Kidding! And all of it is filled with some of the neatest roads you can imagine. I did a few preliminary routes to see just how feasible it all might be. Turns out, a lap of Ireland, crossing to Scotland, up into the Highlands, down to Liverpool, then London, over to Cornwall, and out through Wales is a whopping 2800 miles. That’s it. To put it in perspective, our round trips to Olympia and back, in the TR, using 1 and 101 were 2500 miles. That’s it. The Oly trips we’d do in 3 days up and 3 days back. That’s like 400+ miles/day. On this trip, we’d be doing under 200 miles/day and spending an entire MONTH! Granted, Most roads in The Isles are more like Hwy 1 than 101, but that just suits us just fine! So, yes, the whole idea isn’t as nuts as one might think! 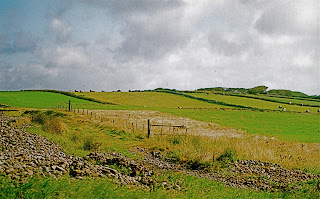 Having cleared up the major question, it now came down to time of year. Seems, late August, early September is the least crappy weather. Do you know what happens in September? THE GOODWOOD REVIVAL! THE coolest vintage race weekend on the planet! Well, that sealed THAT deal. The one small fly in the ointment, is that Goodwood doesn’t announce future dates until a MONTH after that year’s festivities. So, it came down to some guesswork. When Goodwood ’15 was announced, I looked at the calendar and figured what would be the probable dates and planned from there. 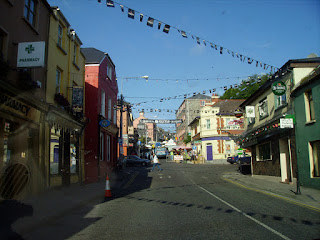 I must have spent hours on Google Maps (who changed their bloody format half way through and made it worse, thank you very much!) figuring backwards from Goodwood. About half way along, I realized that on the beginning end of things was daughter Meaghan’s 30th B-Day. Oops, can’t be away for that! So, back to the drawing board. Again, sigh. Finally, I had a basic plan. Marianne and I’d been talking about things we REALLY wanted to see along the way. Since she’s never been to the UK and my trips there involved London for a few days and Scotland over a long weekend with relatives (Mormon ones at that!) we developed a pretty good list of “givens and druthers”. 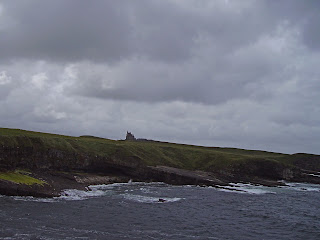 Givens are the Absolutely, Must see or drop dead stuff:
Goodwood (of course)
Stonehenge
Bromley (where some of Marianne’s family hails from)
Lock Ness
Liverpool (for Marianne’s Beatles Fix)
Our friends in Cornwall who drove their Austin 7 to Argentina (and in some ways, inspired this trip)
The Cliffs of Moher and the Ring of Kerry, both of which we missed in ’06
Cong, Ireland (where the “Quiet Man” was filmed)

The Druthers. Stuff we’d love to see but if it didn’t work out, well, that’s life, like:
The Whisky Trail in Scotland
The York Railway Museum
The Village (from the TV show The Prisoner)
The Lake District
Dartmoor
The old TR factory in Coventry
Robert Burns Cottage
And a bunch of other stuff.

Surprisingly, this wasn’t too hard to figure out. Much of the stuff we wanted to see was, more or less, on the way. We also planned plenty of flexibility. One of the things we learned last trip over was to not lock yourself into too many room reservations. St. Serendipity should still rule the day! The other logistical challenge was to keep the drives fairly short each day, and plan in some non-driving days as well. This forced me into an entire mind shift.
Now, you all know me by now, I’m all about 300 miles+ in a day. Heck 500 mile day trips are not uncommon. A lot of that has to do with living in SoCal. In the West, we are REALLY spread out! To get anywhere in a limited amount of time means some massive days in the saddle. I really had to wrench myself away from that mindset. In talking to people who know driving over there, I settled on a cap of 200 miles in a day. That, ladies and germs, is from here to about San Luis Obispo. That’s it. Given our past experiences, this should be very doable, especially with rest days every 3 or 4 days. This will also give us a chance to stop and see “Stuff” along the way. There is a LOT of Stuff over there, believe me.
So, I thought I had a pretty good handle on things. I was even using the internetwebthing to find possible hotels/B&Bs along the way. Then, as Burns said, “The best laid plans o’mice an’ men gang aft aglee.”
Goodwood announced the dates for 2016. A WEEK EARLIER THAN I’D SUPPOSED! Back to the drawing board! Since this was the centerpiece of the whole trip, the one Drop Dead Date That May Not Be Changed, I had to do some serious re-thinking. And then, the beauty of touring small countries hit me. I could simply head to Scotland a week earlier, then do the stuff in Ireland after Goodwood. So, here’s the basic trip:

WHEW!
So, next month, I’ll talk some about some specific logistical planning, using the web to search hotels, and a host of other details. And yes, there WILL be a Road Trippin’ Book about all of this and yes, there will be regular updates as we travel!

Have a great Turkey Day, all you Turkeys out there!