OK, this month marks the annual candy company created sugar bacchanalia known as Halloween. Or as I’d tell my students, Day of the Empty Hot Dog. Along with costumed kids extorting sweets under threat of pranks, come lots of scary stories. I figgered, what the hey, I’ll join in and offer up something here.
So, I asked around, and most responses weren’t really stories as much as isolated incidents along the lines of “So there I was, coming ‘round the corner in the wet when a motor home came at me sideways.” Yeah, we all have those stories. We can all relate ‘cause if you’ve taken enough Road Trips, you’ve had something that happened that scared the BeJeezus out of you. Not much of a column. I needed a couple of REALLY frightening, death defying tales. I found them. They both happened to trusted friends and I can vouch for their veracity. Mostly. I’m NOT putting in names, they still have the shreds of decent reputations. 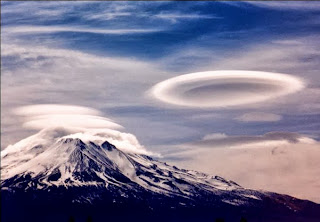 STORY ONE:
Let’s go back to the late 60s. Remember them? No, I didn’t think you did, and not because you weren’t there. Two couples set off together on a vacation Road Trip. “Brad and Janet” and “Bob and Alice.” Both had reasonably reliable TR3s and headed north from LA towards Oregon. A pretty big adventure today, then, it was a massive undertaking. Now, “Brad” was as anal-retentive a mechanic that ever put wax on a set of sockets. He wanted to BE PREPARED. He packed the truck with a FULL set of tools and enough spare parts to rebuild just about anything. “Janet” had what clothes that would fit the remaining space jammed about her, wedging her in. “Bob and Alice” had cooking gear and tents, for this was not just a Road Trip, it was a Camping Expedition. And off they set.
As they trundled up Hwy 99 (there was no I-5 then) they neared the spectacular vista of Mt. Shasta, one of them said: “What a GREAT looking mountain!” “Let’s drive up there” chimed another. And the die was cast. This was June. The weather had been pretty good, maybe a bit of rain, but hey, they had tops and side curtains. For what they were worth. And so, up the mountain they went.
Now, do you know anything about the micro climate of a place like Mt. Shasta? Yeah, even in June, it got dark. Clouds began to form. It rained. It got cold. REALLY cold and it started to snow. No, not gentle wafting flakes, we’re talking Serious Snow. Enough to white out everything. And up they went. And then, it started to get dark. And it kept snowing. Yep, one of those full on “late spring storms” that Shasta will toss at the unwary. The unwary in a pair of TR3s with vinyl tops. Mostly, the tops kept the snow from filling the cockpit. They had jackets. Southern California jackets. You know what that means. These weren’t ski parkas. Oh, and did I mention that there is no way in the world to put chains on a TR3’s tires?
So, all through that long, wet, cold, snowy night, trying to get the worse than primitive “defroster” to work, peering through a windscreen swept by those tiny little one speed wipers, they soldiered on, afraid to stop for fear of freezing. At least the Mighty Massey Ferguson’s kept going, even the Prince of Darkness was kept at bay.
Finally, they figured that they’d managed to take a side road and were well off the main road and dangerously lost. Somehow, they managed to get the Beasts turned around and found a way downhill. Not that they could tell if they were on any kind of real road or not. This went on most of the night, until at long last, slip-sliding away, they found pavement. Then, a dim glow ahead. Thank God, a Motel! Salvation. Or not.
“I need to see some ID.”
Licenses were proffered.
“I’m sorry, you’re all under 21. I can’t rent a room to you.” 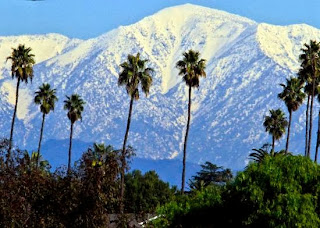 STORY TWO:
It was that high point of the Bus Driving Year, the week between Christmas and New Years. In Pasadena, that means only one thing, Rose Bowl. When you drove for the local charter bus company, that also meant a 60 hour+ week schlepping bands and teams all over, then on the Big Day, to The Parade and/or The Game.
Now, that week, “Jim” had the “honor” of ferrying about the Ohio State Football team. That meant he got to take them to Lawry's Prime Rib for the Beef Bowl (and get a free prime rib dinner himself). It also meant he got to deal with one Woody Hayes. I have yet to hear a tale of Coach Hayes that portrayed him as a Nice Guy. He was a crusty curmudgeon  on a good day.
Now, in between practices, the team went on outings. Back in the 70s, either Ohio State or Michigan came west for the Rose Bowl. Almost always to play USC. By this, Ohio State’s umptyumpfed time out here, they’d seen it all. Disneyland, Knotts, the Ocean, Hollywood, you name it, they’d been there. Several times.
On the fateful day, Jim had his bus spotted at the Huntington Hotel (where the visiting team always stayed) and it was one of those Gloriously Warm December Days that drives all the MidWesterners out here, just as planned. The buses were loaded and as usual, Coach Hayes came out last, playing his usual game of Russian Bus Roulette. No one knew which bus he’d ride in and inevitably, the bus he chose would be filled with muffled groans. No, Coach Hayes was not a Jolly Fellow.
Anyway, Hayes comes out into the cloudless crystal clear morning and looks up at the mountains that frame the San Gabriel Valley. He points at the TV towers and asks “What’s that up there?”
Jim answers, “That’s Mt. Wilson. There’s a bunch of TV towers up there and the Observatory.”
“That’s where we’re going.”
“Uh, Coach, these buses aren’t really made to go up those mountains.”
All Jim got was a steely glare. Jim went to one of the brothers who ran the company.
“Vinnie, Hayes wants us to go up to Mt. Wilson.”
“Jim, what ever Coach Hayes wants, Coach Hayes gets”.
Jim shrugged and led the way. 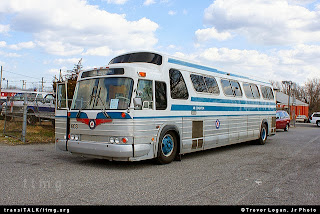 Now, I should tell you about the buses we had. We did have some REAL mountain climbers. Crown Coaches that could walk up walls. Crowns that were equipped with Jacobs Engine Brakes. These were also standard school buses. Ohio State were Premier Clients. They got what we called “Recliners”. Something like Greyhound buses. Big, air conditioned, comfy. And not meant for the mountains. They were also rear engined and had a shift linkage made of limp pasta. Oh, and non-syncro  4 speed gearboxes. You had to know what you were doing to drive a bus back then.
So up to Mt. Wilson they crawled. They looked around and then came back. That’s where things got nasty. Yasee, it’s not getting UP a mountain that’s the tricky part. It’s getting DOWN in one piece that takes skill. These were Highway Buses. Big, Comfortable, and Heavy. And carrying 40 or so Ohio State Midwest Corn and Beef Fed Football Linemen. 250 lbs plus. EACH. This was not an outing of Little Old Ladies from Pasadena who COLLECTIVELY didn’t weigh as much as two Ohio State linebackers.
And Down They Came. Now, there’s this thing called Brake Fade. I’m sure you’ve heard of it. Over use the brakes and they get kinda soft and don’t work so well. OK, not a big deal in a car, you back off, take it down a gear and you’ll be fine. These were NOT cars. These were Buses. The physics of it all should be obvious by now. It didn’t take long for the brakes to fade. Well, no, that’s not the right word. “Cook” is more like it. Ever smell a badly fried clutch? OK, clutch linings and brake linings are pretty similar. All six axles were SMOKIN’ and SMELLING well before they were half way down. Oh, did I mention that buses had DRUM BRAKES? Yeah, brakes that once they start to cook like this, there is no way to uncook them.
Jim used every trick he knew. He’d head into a curve and give an extra crank of the wheel to induce some understeer to scrub off some speed. It all just got worse. Then, there’s the last downhill on Angeles Crest that leads to Foothill Blvd and a Stop Light. It’s also a Tee intersection. With buildings on the other side of the street. Oh, I forgot to mention another detail. Jim went to USC. The headlines would be SPECTACULAR! “SC STUDENT KILLS HALF OF OHIO STATE TEAM!”
At this point, the Gods of Fools and Bus Drivers intervened and the light was green. Ignoring the “Is there something wrong driver, the bus smells funny” questions (NEVER let ‘em see ya sweat), Jim made the light and managed to time things well enough to get the bus and the team to the hotel.
He even managed to get the bus back to the yard. Ben, Vinnie’s brother and in charge of the mechanical side of things could smell him coming five minutes before he got there.
“I broke your bus, Ben,” was all Jim could say.
“WHAT DID YOU DO?”
“I took Ohio State up to Mt. Wilson.”
It was the closest Ben, a good Methodist had ever come to swearing.
“WHAT EVER MADE YOU DO THAT?”
“Your brother Vinnie told me to.”
The last Jim saw was Ben taking the stairs up to the office two at a time. He never heard another word about it. The mechanics worked all night to replace the brakes and the Bus was ready for the Rose Bowl the next day. As Jim tells it, no he didn't need new undies. He was so puckered up, only dogs could hear him fart.

So, if those aren’t “Scary Tales of Driving Daring Do” I don’t know what are. Have a great Halloween and enjoy some good drives this fall.