Road Trippin’
with Steve McCarthy
I’m saddened, a little bit pissed off, and glowing with the knowledge that Karma does indeed get the evil doers in the end. This is not how I envisioned this month’s column’s start. I was going to wax nostalgic about a great burger joint, only to find out it’s gone. That’s what makes me sad. It was called the “Top Hat” and had sat on a corner in Ventura near the mission for decades. One of the last real burger joints. A crumby, run done shack that catered to both the homeless and the well off. A must stop at place when Main St. was Highway 101 that made really great burgers.
I’m pissed off because of the way the way this gem of Americana met it’s end. Good old Gordon Gecko Greed, coupled with what stinks to high heavens as Civic Malfeasance. Yasee, there is this developer. he owned the lot that was mostly for parking, but the corner of which was occupied by the Top Hat. He, in the long standing tradition of Johnny Rocco from Key Largo, wanted “More.” He wanted to “develop” the lot into something more lucrative. Some kind of trendy loft condo thing. He was gonna tear down the little stand and the city was OK with this, seeing a way to dip into the community redevelopment agency funds to the benefit of all. All meaning the developer and the council.
The community was outraged and people mounted a campaign to save the Top Hat. Last I had heard, they were successful. Huzzah. Not so fast. In maneuvers made in the stereotypical smoke filled back rooms of government (this was related to me by several people in Ventura), the health department got involved and shut down a burger joint that had been serving good food for decades with nobody getting ill. Hmmmm. Something smells foul alright and it ain’t tainted burgers.
That was a couple of years ago. The stand was shut up and the lot dug up and fenced off. Here’s the capper. In digging up the lot for the condos, they found NATIVE AMERICAN REMAINS!!!! HEEHEEHEE! Yep, seems they stumbled upon some kind of burial ground and we all know how touchy people are about those! The project is shut down for the foreseeable future and Mr. Developer is eating his investment. See, Karma WILL get you if you don’t watch out.
So, despite this tale of civic woe, I still want to recommend Ventura as a neat place to visit. We in LA usually think of the town as San Bypass Ventura, the place with the railroad bridge over the freeway on the way to much nicer Santa Barbara. Before the freeway zipped you through town, it was the place you cursed as you logged though the traffic on Main, limping through a town that had little to offer except congested traffic. I’ll tell ya, you’ve missed something by not stopping.
First, obviously is the Mission. This is a nice example of one of the smaller ones and has a great tour. Second, get off 101 at Main and cruise through town. At the south (well really east) end of town are some great motels from the Grand Era of  Motels. Then, there is the Main Street Restaurant & Steakhouse. Great breakfast place favored by locals and a good place for a steak.
When you hit Old Town, you’ve reached the heart of the city and you’ll find a mixed bag of trendy and drab. Ventura is in a state of transition. Several thrift stores catering to the homeless who aren’t upscale enough to make it to Santa Barbara sit cheek to jowl with fine dining, chi chi boutiques, and art galleries. The whole transition is stalled right now, another victim of the crappy economy, and there are a lot of empty store fronts. We even came across a bonus! The law office of Erle Stanley Gardner is at the corner of Main and Ventura. There is a plaque there honoring the creator of the most famous lawyer ever.
Another place to try is the Busy Bee Cafe. Now I have to say, we warily tried this place on the recommendation of our dear editor here at ACE, Will Owen. Given his apparent lack of taste in the way he sometimes “edits” this column, I wasn’t too sure. Marianne had the patty melt (one of Will’s favs) and I had the bacon cheddar burger. OK, Will, you were right! The place is really good. It’s a touristy retro-diner but it has great food!
For dinner, we found a secret place. It’s not on Main or anywhere near it. You have to go across 101 and down Seaward Blvd. This is one of those serendipity things we discovered a few weeks previously on the way back from Carpinteria. Down at the end of seaward are a few motels and about five eateries. We hit the Seaward Fish and Chips with the whole lot of us. This was proper F&C. Just greasy enough, tasty white fish, and generous portions. The six of us split two of the combos and were stuffed. About fifty bucks fed the whole fam-damily. They also have a neat hook. The place is lined with dollar bills tacked to the walls, a tradition started by a friend of the owner when he took the place over some 10 years ago. The waitress said there were about 1500 of them. Yes, we left our mark as well. Now, we have to try all the others. I’m thinking about a week in one of the motels and a different place each night. There’s a burger joint, a pizza place and a more traditional (and possibly higher class) Italian joint to choose from. 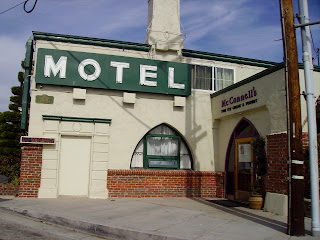 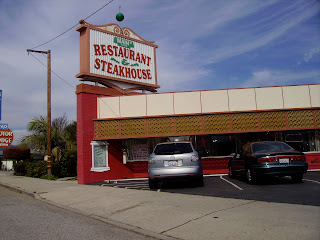 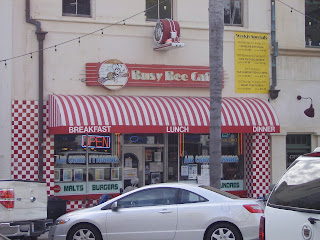 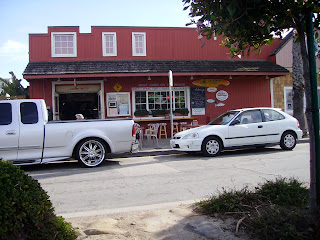 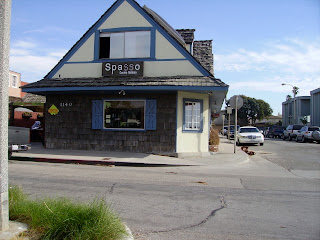 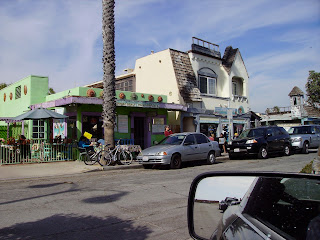 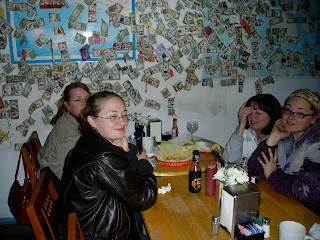 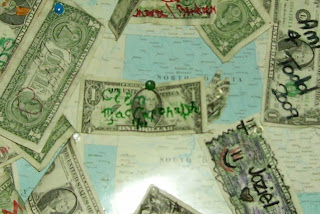 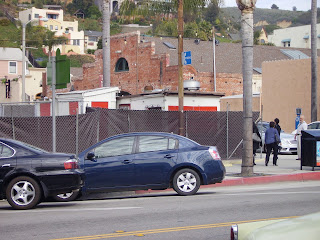 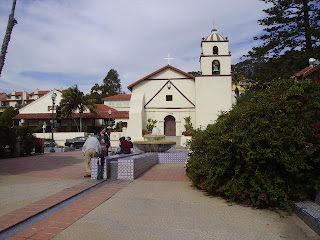 So, yeah, stop in Ventura, despite the civic skullduggery, it has a lot to offer, and it’s about a half a tank of gas away!
Posted by stivmac at 10:20 AM No comments: